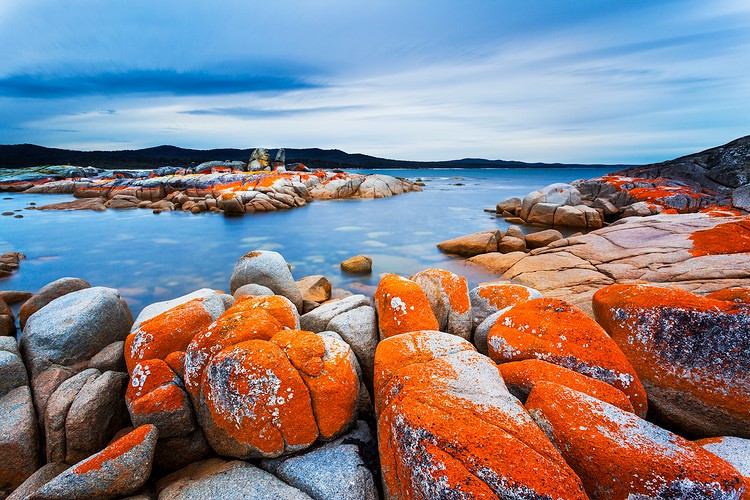 Missing out on Combined Clubs Weekend due to COVID-19 has been tough this year, however with restrictions eased we can still enjoy the world’s best diving in East Coast Tasmania, lined up with Hobart Show day on Oct 22nd

Multiple days of excellent diving (combination day and night diving), including shared cabin accommodation at Bicheno By The Bay, with flexible options for those who can’t come for the whole long weekend

Planning to take both boats (Trojan and Thumper) to our favourite spots listed below:

The Castle: Two large boulders lying against each other form the structure known as The Castle. They shelter plenty of small marine life; and also attract boarfish; butterfly perch; banded morwong and large schools of bullseyes. At the base of these rock spires is a long cave filled with enormous lobsters. This opens up to a large sloping flat rock covered with anemones and seawhips bearing large basket stars; and is sheltered by a zoanthid-encrusted overhang.

Hairy Wall: A potentially 40+m dive the Hairy Wall gets its name from an incredible array of sea whips and sponge outcrops that cover a steep rock drop-off running parallel with Governor Island. While many of the area’s other dives start or end on this wall; it’s worth dedicating a dive to exploring the remarkable variety of invertebrate life that collects amongst this sea whip garden. The visibility is often better at this site due to moderate currents that flush the area.

Waub’s bay: beneath the fishing boat moorings in the bay is the large “Fish Rock” – a large granite spire about 6 metres high. The rock is split almost in two; and this split is a sanctuary for large numbers of fish. Trumpeter and other school fish are often found circling the rock while seahorses hide in the weed. The rock is covered in short cray weed; while coralline algae and delicate green seaweeds grow underneath. Plenty of invertebrates such as tunicates; sea spiders and hydroids are found on the rock and the reef nearby.

Muir’s Rock: a collection of granite boulders lying about 200 metres from the shore just south of Bicheno township. The rock is visible in all weathers. Many of the crevices allowing for lots of swim throughs; but don’t push your luck in a tight gap.

Refunds
Refunds are at the Dive Coordinator's discretion however the following guidelines apply to normal events:

Cancellation where a replacement diver is found: 100% refund

Bookings are closed for this event.